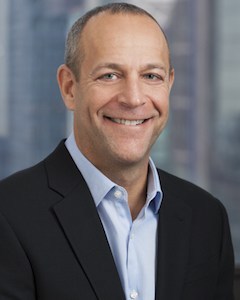 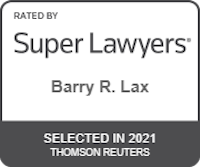 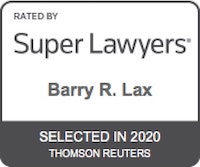 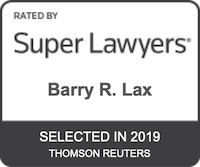 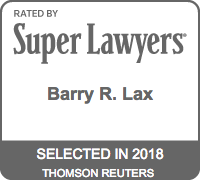 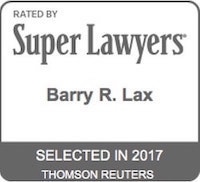 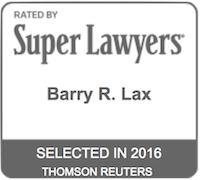 Since forming Lax & Neville LLP in 2007 and throughout his career, Mr. Lax has represented employees, customers, and broker/dealers in disputes regarding employment and sales practice issues and product problem cases and has successfully represented hedge fund investors and general partners in complicated commercial and securities litigations. He has recovered in excess of $200 million in arbitration awards, judgments and settlements on behalf of broker/dealer customers and employees in the financial services industry, and has successfully defended and resolved numerous matters on behalf of his defense clients.

Mr. Lax was lead counsel in seven FINRA arbitrations against Credit Suisse, which in total lasted 172 hearing days, where the Panels cumulatively awarded more than $30 million to 25 former Credit Suisse advisers for unlawful employment practices. These cases arise from Credit Suisse’s calculated decision, when it exited the U.S. wealth management business in October 2015, to withhold more than $200 million in deferred compensation from nearly 300 former advisers in breach of their employment agreements and its own deferred compensation plans. Credit Suisse’s conduct was so egregious and in such bad faith that one of the Panels awarded 2 former Credit Suisse advisors $2.8 million in liquidated damages equal to 100% of the unpaid compensation in violation of New York Labor Law.

Mr. Lax was lead counsel in a FINRA arbitration where the Panel awarded his clients $16.1 million, representing in excess of 100% of their net out-of-pocket losses, for the sale and marketing of an unsuitable security. The Panel rendered the award after a 95 day arbitration hearing, the longest customer FINRA arbitration hearing in the last 20 years and the second longest ever. The Panel also awarded $500,000 in sanctions for discovery abuses, the largest amount of sanctions awarded in a customer case in at least the last 10 years.

Mr. Lax represented Jorge Posada, a former catcher with the New York Yankees, and his wife, in a Florida state court action against their former financial advisers alleging fraud and misrepresentations relating to the sale of unsuitable investments. Mr. Lax, on the Posadas’ behalf, secured a judgment in the amount of $6.45 million due to the advisers’ unlawful activity.

Additionally, Mr. Lax has victoriously represented employees and employers in industry and private employment disputes, ranging from general breach of contract claims and failure to pay bonus claims to complex HIV discrimination and Qui Tam actions. Mr. Lax won a $1.2 million JAMS arbitration award for unpaid bonuses inclusive of interest and attorneys’ fees wherein the claimant alleged that he received a drastically lower bonus than the one recommended by his supervisor solely because he was HIV positive and had recently gone on an approved medical leave of absence due to his illness in violation of the Americans with Disabilities Act, the New York State Human Rights Law and the New York City Human Rights Law. Mr. Lax also won a FINRA arbitration award against Morgan Stanley Smith Barney for failing to pay two of its current employees their earned back-end bonuses. The FINRA arbitration panel awarded the claimants the entire amount of compensatory damages they were seeking. Mr. Lax was also lead counsel in a FINRA arbitration where the Panel recommended expungement of the Termination Explanation on the Form U-5 after finding that HSBC’s reason for terminating his client’s employment was unsupported and false, and awarded six figures to the employee in unpaid compensation. Mr. Lax also successfully defended a well-known New York City restaurant and its manager against claims of age discrimination and defamation by a former employee.

Mr. Lax has also defended clients in regulatory matters and in avoidance and preference claims in Federal Bankruptcy Court. On March 3, 2011, Mr. Lax argued before the United States Court of Appeals for the Second Circuit in the matter In re: Bernard L. Madoff Investment Securities LLC, regarding the determination of a customer’s net equity claim against a broker-dealer pursuant to the Securities Investor Protection Act where the net equity claims were denied by the trustee. Mr. Lax was selected as one of three lawyers to argue before the Second Circuit on behalf of over 100 Madoff victims. Mr. Lax and his firm have been and continue to be at the forefront of the Madoff litigation.

Bar of the State of New York

Committees/Seminars
Past Employment Positions
Speaking Engagements
Contact Us
Practice Areas
Client Reviews
★★★★★
The Lax & Neville team were total professionals in handling our case. They've clearly had quite a bit of experience handling complex legal matters in many jurisdictions and courts. I was impressed with their professionalism coupled with persistence in arguing a very complete and well-structured case. I highly recommend their services. Anonymous
★★★★★
I am very, very happy with the outcome of my case and my experience with Lax Neville could not have been better. The entire team of attorneys and staff are real professionals, they always had time to answer my many questions about my case. I was treated with compassion and respect. I am so grateful I chose to work with Lax Neville. Anonymous
★★★★★
This is an official " thank you" for all your hard work. It really was a pleasure to have you represent me, and I enjoyed seeing you, Rush and Sandra in action. I think Lax and Neville epitomizes the phrase "quality vs quantity". I think I told you before that I spent a lot of time researching firms; in this case things worked out, I picked the best firm. I hope I never need your services in the future, but if I do I know I found the best attorneys for these types of legal issues. Anonymous
★★★★★
What transpired at the [redacted] was nothing less than a truly masterful and exceptional experience regarding your intelligence, professionalism, preparedness for my case, teamwork and erudite knowledge pertaining to Securities Law, FINRA and the SEC. The facility and ease of how the case was handled, the systematic questioning of all the witnesses to obtain the facts necessary to prove our case, the preparation of the critically conclusive information and documents, the commanding coup de gras closing argument and your tireless consideration and respect for the Panel and [redacted] was, is and will continue to epitomize my feelings and conclusion that what transpired over those long three days was nothing less than raw and unabashed brilliance. Anonymous
View More
Submit a Law Firm Client Review