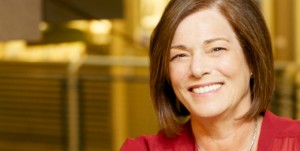 Janet DeCosta is of counsel to Lax & Neville LLP. Janet has over 35 years’ experience practicing as a litigator. For the first 13 years, Janet worked in the government sector, as a Trial Attorney in the Department of Justice Criminal Division’s Honor’s Program, a Special Assistant U.S. Attorney prosecuting criminal cases, as an Assistant Chief Trial Attorney with the Securities and Exchange Commission (SEC) prosecuting numerous securities fraud cases, and then as counsel with the National Association of Attorneys General and General Counsel to the State Bankruptcy Committee. For the last 22 years, Janet has been in private practice in the financial services industry where she represents investors, broker-dealers, registered representatives and investment advisors in all types of securities matters. Janet has extensive experience litigating complex securities disputes before arbitration forums and state and federal courts. Additionally, a significant part of Janet’s practice involves representing her clients in government and regulatory investigations, including on-the-record interviews, disciplinary and enforcement proceedings and other regulatory matters before FINRA, the SEC, and state regulatory agencies.

Janet carries the AV rating from Martindale-Hubbell, a distinction awarded to a limited number of attorneys with demonstrably outstanding legal skill. Over the years, Janet’s clients have enjoyed the fruits of her talents through settlements or awards as high as $12 million. Her clients have ranged from the unsophisticated to the most savvy of investors whose accounts were decimated as a result of a broker’s wrongdoing; a minor child of a deceased financial advisor, whose partners were withholding his share of a multimillion dollar partnership; and a financial advisor who was awarded punitive damages and attorneys’ fees in a case involving a business dispute with his former partner. Most recently, Janet successfully defended a broker dealer, its management and financial advisors in state court litigation and FINRA arbitration involving the Protocol for Broker Recruiting. Janet also has successfully defended registered representatives and broker-dealers in customer and employment matters.

Janet obtained her law degree from DePaul University College of Law, where she was a Note and Comment Editor for the DePaul Law Review. Janet earned her B.A. from the University of Massachusetts.

Janet has served as a guest lecturer at the University Of Maryland School Of Law; a panel member at the NASD-R Mediation Workshop; a speaker at the NASD Arbitrator Skills Training Program; and currently presents to financial advisors in seminars directed to “Avoiding Speed Bumps.” Additionally, Janet authored an article titled, “SEC Enforcement Developments Involving Financial Disclosure,” which was published by the Texas Society of Certified Public Accountants.

Janet has been involved in Pro Bono matters including volunteering with AARP’s Legal Counsel for the Elderly Pro Bono Program, the United Jewish Federation’s Project Citizenship, and serving as a mediator for the District of Columbia Superior Court-DC Multidoor Mediation Program.

Speaking and Writing
Contact Us
Practice Areas
Client Reviews
★★★★★
The Lax & Neville team were total professionals in handling our case. They've clearly had quite a bit of experience handling complex legal matters in many jurisdictions and courts. I was impressed with their professionalism coupled with persistence in arguing a very complete and well-structured case. I highly recommend their services. Anonymous
★★★★★
I am very, very happy with the outcome of my case and my experience with Lax Neville could not have been better. The entire team of attorneys and staff are real professionals, they always had time to answer my many questions about my case. I was treated with compassion and respect. I am so grateful I chose to work with Lax Neville. Anonymous
★★★★★
This is an official " thank you" for all your hard work. It really was a pleasure to have you represent me, and I enjoyed seeing you, Rush and Sandra in action. I think Lax and Neville epitomizes the phrase "quality vs quantity". I think I told you before that I spent a lot of time researching firms; in this case things worked out, I picked the best firm. I hope I never need your services in the future, but if I do I know I found the best attorneys for these types of legal issues. Anonymous
★★★★★
What transpired at the [redacted] was nothing less than a truly masterful and exceptional experience regarding your intelligence, professionalism, preparedness for my case, teamwork and erudite knowledge pertaining to Securities Law, FINRA and the SEC. The facility and ease of how the case was handled, the systematic questioning of all the witnesses to obtain the facts necessary to prove our case, the preparation of the critically conclusive information and documents, the commanding coup de gras closing argument and your tireless consideration and respect for the Panel and [redacted] was, is and will continue to epitomize my feelings and conclusion that what transpired over those long three days was nothing less than raw and unabashed brilliance. Anonymous
View More
Submit a Law Firm Client Review